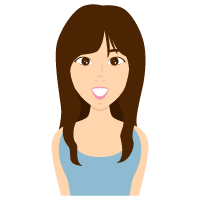 Do you recycle? Sure, you might toss your plastic jugs in a separate bin for trash day and possibly drop off your phone books at the library for recycling, but do you do all that is in your power to keep recyclable items out of our landfills? There are some materials that you may not even know you are throwing into the trash that could be recycled into something better. If you cannot definitively say that you recycle everything possible, then my blog will help you learn what recyclables you may be missing and putting in your everyday trash and sending off to the landfills.

When guests walk by your restaurant, you want them to be greeted by the wafting odors of osso bucco, duck confit or fried mozzarella sticks not the odor of garbage. However, when you are running a busy restaurant that likely throws out bags and bags of garbage every day, keeping those odors under control before commercial trash removal can be a challenge. Luckily, there are things you can do to eliminate odors from your garbage cans and dumpster – check out these tips:

1. Absorb odors rather than hiding them

When trying to get rid of bad garbage smells, you don't want to add competing odors to the mix. Avoid deodorizers, perfumes and anything that seeks to mask odors. Instead, use virtually odorless items that absorb smells.

You have a range of options in this category, and you may have to experiment until you find the right approach for your restaurant's unique odors. To cut down on smells in your garbage cans, sprinkle a bit of baking soda in the bottom of your garbage cans or in the bottom of every garbage bag you use. Out by your dumpster, consider storing a bucket of charcoal next to the dumpster.

2. Clean your garbage cans and dumpsters

In addition to absorbing odors, get rid of them by degunking your garbage cans and dumpster on a regular basis. Unfortunately, even if you keep all of your garbage bagged, slime and goo eventually escape into your refuse containers, and the result is a slime with a distinctive garbage odor.

Address that odor by cleaning your garbage cans on a regular basis. Add this job to your kitchen clean down checklist, and make sure it's done once a week on a night where the restaurant is typically slow. Have your cooks or cleaners take out the garbage cans, spray them down and clean them. Ideally, you should do the same to your dumpster once a month right after collection when it is empty.

You can use commercial cleaners, but many people love old fashioned white vinegar for it's ability to control odors.

When it comes to garbage bags, they are not all made the same. If possible, do not skimp on garbage bags. Cheap thin bags often end up costing more in the long run – they often need to be double bagged, and if they aren't, you risk the bags tearing and leaking garbage into the cans or worse, across your restaurant floor.

Instead, use high quality, thick bags that promise not to rip. They are much more effective at locking in odors from old food and scraps.

4. Keep liquids out of the garbage

Although it's impossible to control what customers put in your garbage cans, tell your staff to avoid putting liquids in the can. Even with strong garbage bags, liquids can penetrate them and cause them to rip and thus release smells.

Pour liquids down the drain, and then, place their receptacles in the garbage can. When it comes to oil, you can't put it down the drain, but don't throw it directly into the garbage either. Instead, put the oil in a plastic container, or donate it to someone who drives a biodiesel.

If you allow smoking in parts of your establishment, there are ways to eliminate the smoky smell from your trash. When emptying ashtrays, use a separate bag from the rest of your garage, and then, sprinkle a few coffee grounds on top of the bag before knotting it and taking it to your dumpster. Use fresh coffee, but don't worry about making it an organic, shade grown, free-trade roast – just buy a cheap can of grounds to use for this purpose.